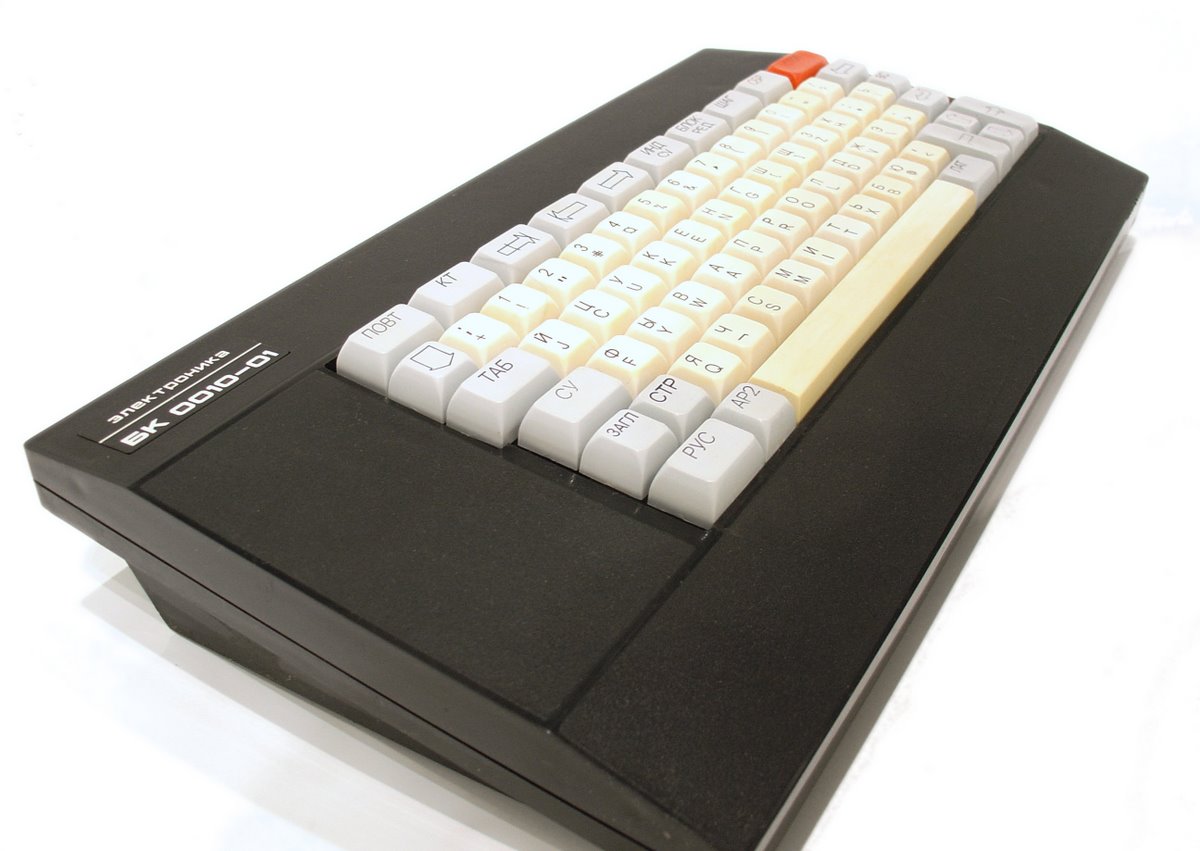 I’ve only been programming professionally for a few years, but I’ve been working with computers since the time I remember myself.

In fact, one of the first memories I recall from the childhood is entering my parents’ bedroom in the morning to play with Electronika BK, a Soviet PDP-11 compatible home computer.

A computer was something magical. You could instruct it to do things, like printing a message, and it would listen and obey without any objection. You didn’t quite have to train it, all it could possibly do was already baked into it. Unlike, say, a puppy, to me a computer was much more interesting thing.

It had BASIC, but being a 5- or a 6-year-old, I was mostly interested in games, of course. I don’t have much time for gaming nowadays, and not much desire either. But I will forever remember the screeching of the computer’s tape drive, though we called them streamers back in the day.

First, you had to load in a tape with games. One cassette usually had about 10 games. You would have to seek the correct time for the computer to start loading the game. I can’t quite remember how long it took to load an application, but I think it was something to the order of 10 minutes. And tapes were really unreliable: sometimes it took more than a few attempts to load a game.

For some reason the game I remember the most was a port of King’s Valley. Here’s a nice video about gaming on the Electronika BK. Only my experience was slightly less amazing because we could only afford a monochrome display.

Later my father would buy a Dendy, a NES clone. I think we used the same monochrome TV that we connected the computer to to play games like Contra on it. But it’s not A Gamer’s Journey, so I digress.

We gave the computer away after it had been gathering dust for a few years to some poor friends of my family. It was very obsolete by then, so I’m not really sure what they used it for. Right now you can buy one for about $400 on eBay.

While I didn’t do much programming on Electronika BK, it familiarized me with some common concepts. Later I was lucky to have gone to a school that first had somehow obtained ZX Spectrums and then a bunch of x286s, x386, x486 and finally even Pentiums. I learned how to build an ATX mini tower and program in Borland Turbo Pascal. That was also the time I made my first game.

I will tell about it in the next post in the series.